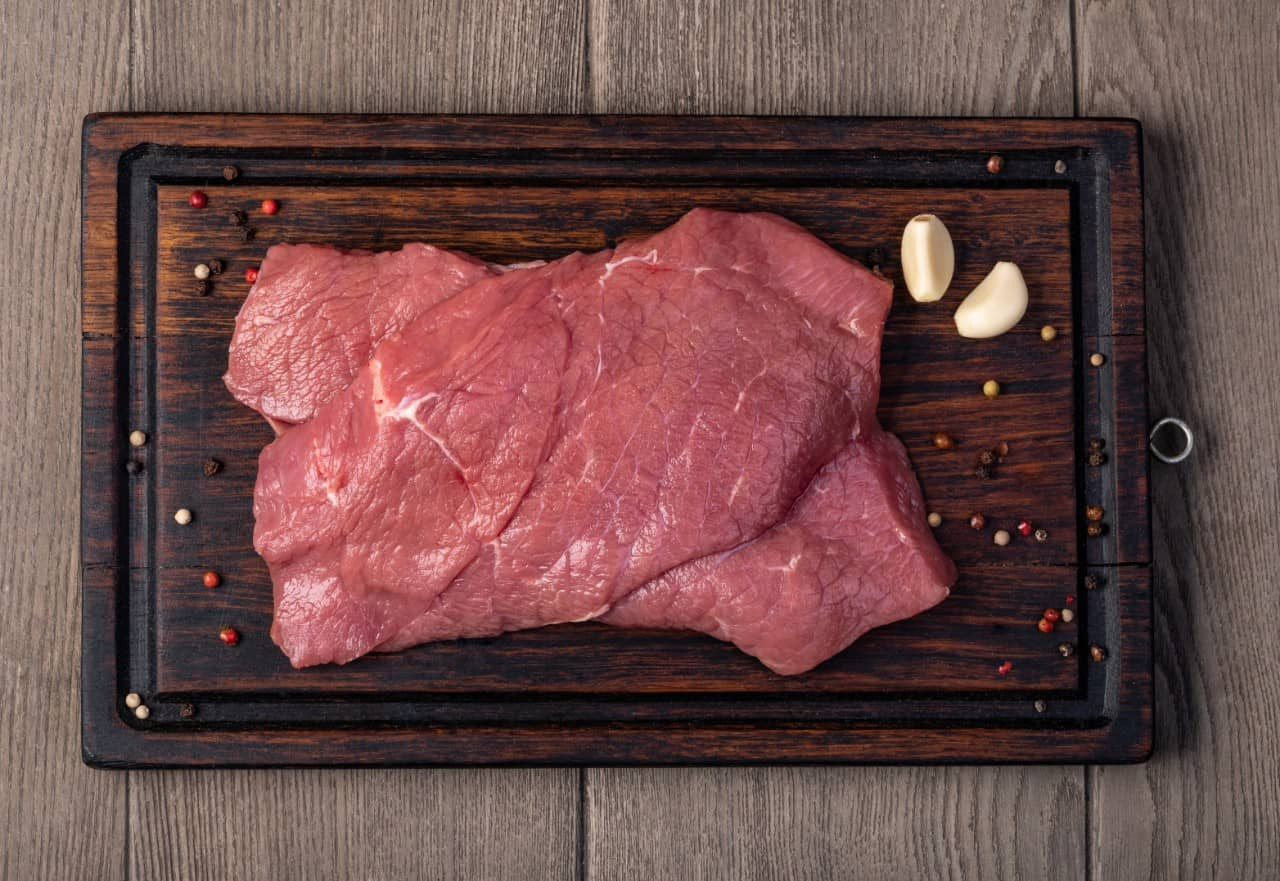 Wood or Plastic? The cutting board debate has been going on a long time now. There are equally determined proponents on both sides. But what is the best cutting board or chopping board material? Why choose one over the other? In this article, I’ll explain why making the right choice is important for your health. I’ll also show you how to take care of your cutting board and offer some recommendations for the best boards.

A bit of (imagined) history for you. Back in the early days of meat eating, the cutting board was probably the flattened off stump of a tree, mainly because it was there and it was better than cutting meat on the ground. As time went on and we became more civilised (debatable), the tree stumps became flatter and smoother.

When people stopped communal food gathering and sharing, some people specialised in harvesting grain. Some began baking bread. Some specialised in cutting animals up for meat. So began butcher shops. Some of those shops were clean and some were not. The flattened tree stumps became custom-made wooden blocks using what butchers had learned over the centuries about wood and its properties.

EHOs (Environmental Health Officers), the food safety people, pushed everyone into using plastic cutting boards instead of wood cutting boards because it was perceived as being more hygienic and easier to clean. The thinking was that as plastic is new and wood is old school, a plastic board must be better. Wrong.

How could a butcher know about food hygiene? Without devoting years of study of microbiology, TVC’s, bacteriology, it’s not possible, right? Not quite. The truth is that butchers are practical people. If food is gone off, they won’t sell it because sick or dead customers are not part of a good sustainable business model.

In recent years, researchers at the University of Wisconsin-Madison have concluded that wood is good and plastic is unhealthy. Microbiologists Dean Cliver and Nese Ak looked for ways to clean wood safely after it had been in contact with food contaminated by bacteria.

The first step was to be sure their study boards had appropriately unpleasant microorganisms to be cleaned off. They cultured some known disease-causing bacteria, such as Salmonella, Listeria, and E coli, and painted wooden boards with about 10,000 cells of cultured bacteria. That’s about ten times the number of organisms that typically wash off a contaminated chicken carcass.

At the end of the three days, once more 99.9 percent of the bacteria had vanished from the wood boards. The plastic boards were thriving germ farms.

Cliver and Ak tried the same procedures with plastic cutting boards. All the bacteria survived. The organisms even lived through hot water and soap washings in good health and high enough numbers to contaminate clean meat later placed on the plastic. The scientist tried inoculating wood and plastic boards with bacteria on three successive days, and not cleaning the boards between inoculations. They maintained the boards under identical conditions of warmth and high humidity, comparable to a busy restaurant kitchen. At the end of the three days, once more 99.9 percent of the bacteria had vanished from the wood boards. The plastic boards were thriving germ farms.

From a food safety point of view, plastic boards are dangerous.

The mysterious natural antibiotic effect of wood on food contaminating bacteria seems to work with old wood as well as new, and with every species of wood tested so far. The only thing they’ve found that does enhance bacteria growth is treating the wood with mineral oil. By sealing the wood, oiling makes it more like plastic. As far as bacteria are concerned, that’s a good thing.

A butcher’s block is made of pieces of end grain wood, usually beech or maple, glued and bolted together to act as a surface for cutting meat.

There are many advantages to wooden blocks. They absorb the impact of knives and meat cleavers. They don’t dull the edge on butcher’s knives. They are easy to clean and maintain. They are solid and stay in one place while being worked on. They are cleaner than nylon boards because nylon retains cut marks forever and meat can lodge in the cut marks. Professionals scrape their wooden blocks with a special wire brush at the end of production. This shaves off a fine layer of wood each time so you have a fresh surface every day to work on. Resins in the beech or maple wood act as a steriliser and the block is always kept clean and hygienic.

Best wood for cutting board

The  National Sanitation Foundation (NSF) has given its approval to maple for commercial kitchen use.  Maple and other woods are a safe option for inhibiting bacterial growth around food. Though it may seem strange to be choosing a wooden cutting board that can’t be heat sterilized over a plastic surface that can, the proof is in the science. Wooden cutting boards use capillary action to absorb bad germs and bacteria from the cutting surface pores. Once the bacteria is trapped inside the wood’s cells it suffocates, deprived of the oxygen it needs to survive.

Beech is another popular wood used in the manufacture of cutting boards. Maple is also popular and both of those woods contain a resin that seems to have natural antiseptic properties.

Beechwood is nicely in the middle, as are Maple and Teak.

What you get with those woods is a combination of hardness without being hard enough to blunt a knife every time it is used, as you get with glass or metal.

Bamboo is a fast-growing grass and is very inexpensive in comparison with the other woods. However, there have been complaints from users about the hardness of the wood and that knives become blunt very quickly when used on Bamboo.

What about non-slip cutting boards?

A heavy cutting board will generally stay in place in use and if you are using a light, thin board, it is best to put a damp dishcloth underneath to keep it from moving.

Check out Todd Alan Woodcraft boards (produced in the USA) for well-constructed, beautiful boards for Cutting, Charcuterie or Serving boards.

Before you do all your home meat preparation have everything you need to hand so you are not opening drawers and cupboards with “meaty” hands. After you have done your prep and put the dish in the oven or on the hob to cook, do your washing up immediately.

Wooden cutting boards should never be put into a dishwasher. The same goes for wooden handled knives. The hot water in a dishwasher expands the wood and eventually, you will get cracking and the woods positive properties will all have degraded.

If a board is heavily stained use salt and lemon juice to clean it.

How to sanitize a wood cutting board

What type of oils are safe to use on your cutting board?

There are many conflicting theories about which oil to season your wooden cutting board with and some of them sound downright dangerous to me. The point of using wood like Beech or Maple is that the antiseptic properties of the wood act as protection. If you are oiling and waxing your wooden board you are preventing the wood’s natural properties from working. Wash and dry well after every use is my simple advice.