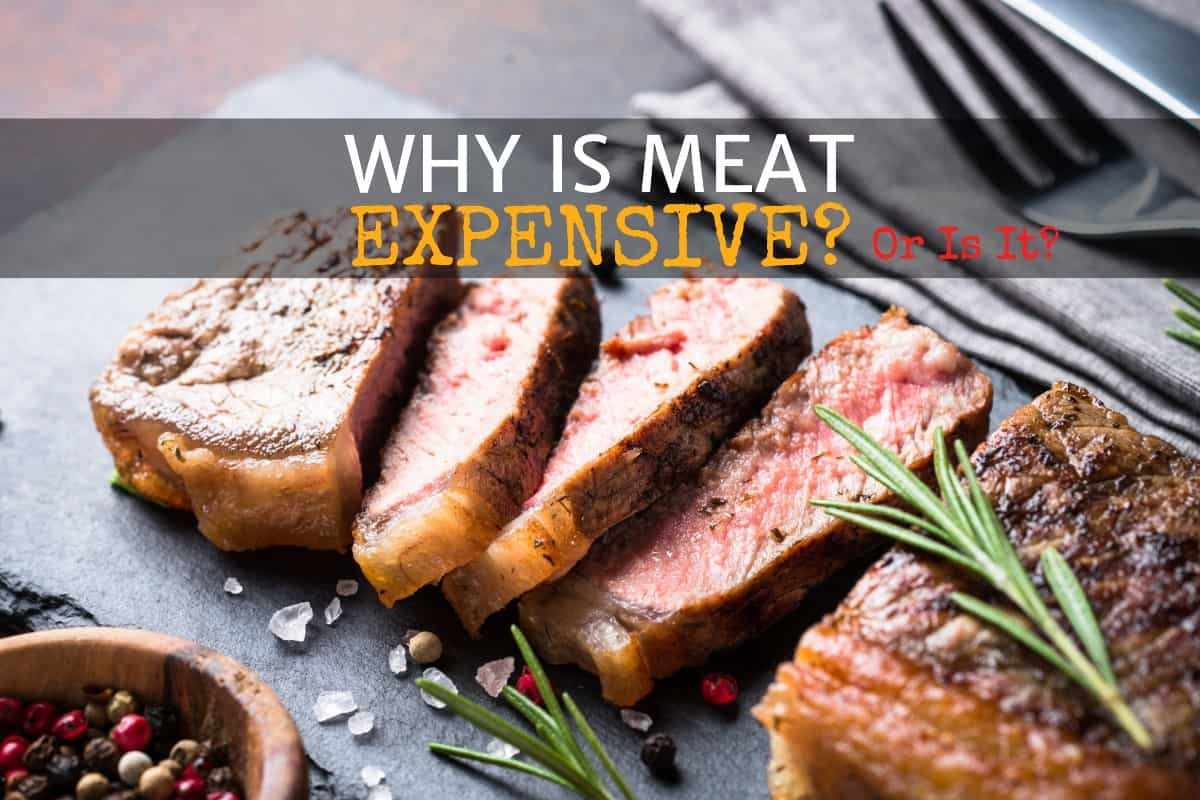 I have been asked many times over the years, by customers, chefs and farmers, why is meat so expensive? Well, how expensive is the meat on your plate? Let’s take a look at what is involved, but first, let me ask a question:

If I buy 10 live cattle from a farmer or at a market, how many can I sell?

What percentage of the live animals do I have left to sell after all slaughtering, boning, trimming, and fabrication is complete?

I think you will be surprised by the answer. Before I answer the question, we must examine the sequence of events between buying a live animal and selling a steak.

Note:  this is how it works in Ireland but there are many similarities in other countries.

Buying the animal from a farmer.

Here’s how the chain of events goes:

And then, the following costs must be factored into the overall final price of meat to the consumer:

After the beef carcase arrives in the butcher’s shop it has to be aged for at least 14 days. This incurs a drip loss of about 2% of carcase weight.

If the butcher chooses to dry age the beef, depending on how long they age it for, the loss can be up to 25%, but that is not common.

Butchers aim for a gross margin of 30% of the selling price.

Out of that gross margin, there are the various costs I have mentioned earlier. Wages can be up to 17% of sales leaving a butcher with 13% to pay services etc. Rent ideally should not be more than 5% of sales.

Do you still think meat is expensive?

So, how many cattle do I finish up with from my 10 live animals?

The butcher now has a beef carcase usually in the form of two hindquarters and two forequarters. These quarters contain bone and fat that must be removed. This can be up to 20% weight loss from the carcase which, you will remember is 53% of the live animal. And butchers have to pay their staff to remove the bone and fat efficiently and hygienically.

The hindquarter contains most of the premium cuts, the fillet, T-bone, rump and sirloin.

Take the fillet for example. It is always the most expensive cut and is usually the one that gets people agitated about the price of beef.

Did you know that the fillet is less than 2% of the total carcase weight?

Or that the sirloin is less than 5% of the carcase?

Or the rump is less than 5% of the carcase.

Or that the round and chuck together make up 54% of the carcase?

That diced beef and mince make up the greatest percentage of the carcase?

So we have a carcase that is 53% of the live animal. We take out the bone and fat which is 6.5% of the carcase weight. The drip loss incurred in ageing beef is at minimum 2% so we arrive at over 60% waste between live weight and saleable weight. So the answer to the question at the start is 4.

4 cattle out of 10. The equivalent of more than 6 cattle go in the bin with all the attendant disposal costs and the butcher has 4 cattle left to sell.

And meat is a perishable commodity that can become a loss if not handled properly. If butchers buy from wholesalers instead of slaughtering the animals themselves, the first 14 costs are paid by the processor and a wholesale price is arrived at.

All costs from there on apply to the butcher. What about the fifth quarter I hear you say?

The fifth quarter is any saleable product harvested during the slaughter process,i.e. Tongue, heart, liver, hide, kidney and renderable fat.

To realise any real value from the fifth quarter you would need to be slaughtering in quantities. Many butcher’s customers these days are not interested in buying hearts and livers. Much offal is exported by the large processors. The beef hide was worth a lot of money at one time but currently sell for less than €10.

In 2015 I looked at the input price versus the retail selling price over the previous 15 years and came up with some interesting figures.

As a business owner, would you be happy with what you get from all that work?

Taking into account the changeover from the Irish Punt to Euro and the change from pounds weight to kilograms, the input price (the price for carcase beef) against the retail price to customers, input went up by 47% and retail only went up by 34%. In effect, the price of meat has gone down, mainly due to price wars in the supermarkets and the pressure the big supermarket buyers put on wholesalers.

So, in case anyone thinks butchers are making a massive profit from beef, look over these figures and ask yourself, as a business owner, would you be happy with what you get from all that work?

An Irish politician once claimed butchers make a margin of 220% in 2010. This made the news. People believed it. Now if that were true, there would be no dentists, doctors, barristers or architects left. They would all be opening butcher’s shops, eyeing the incredible profits

But this flippant remark by a politician trying to drum up votes from rural constituencies has upset farmers who feel they are getting the thin end of the wedge when it comes to the value in beef.

Reality is a different matter.

Butchers have no guarantee they will sell any meat on a given day. They depend on the goodwill they create with regular customers. They must maintain a quality standard if they are to keep those regular customers. But customers are often attracted to special offer pricing by supermarkets. Disasters like BSE, the horsemeat scandal or foot and mouth disease (all of which are outside a butcher’s control), cause sales to drop as public opinion turns against meat.

It’s worth noting that grants made available by the government after those disasters do not extend to butchers, who have no hand in creating the disasters in the first place

Pricing of the meat, the fat, and the bone in the carcase must be worked out carefully so the whole animal sells. By the same token, the scarcer and more tender cuts have to be priced to create a balance that leaves the butcher with a working margin.

Then there is the vegetarian lobby and the influx of plant-based fake meat products competing with the sales of fresh meat.

It ain’t easy is what I’m saying.

Do you still think meat is expensive?

Let us know in the comments below